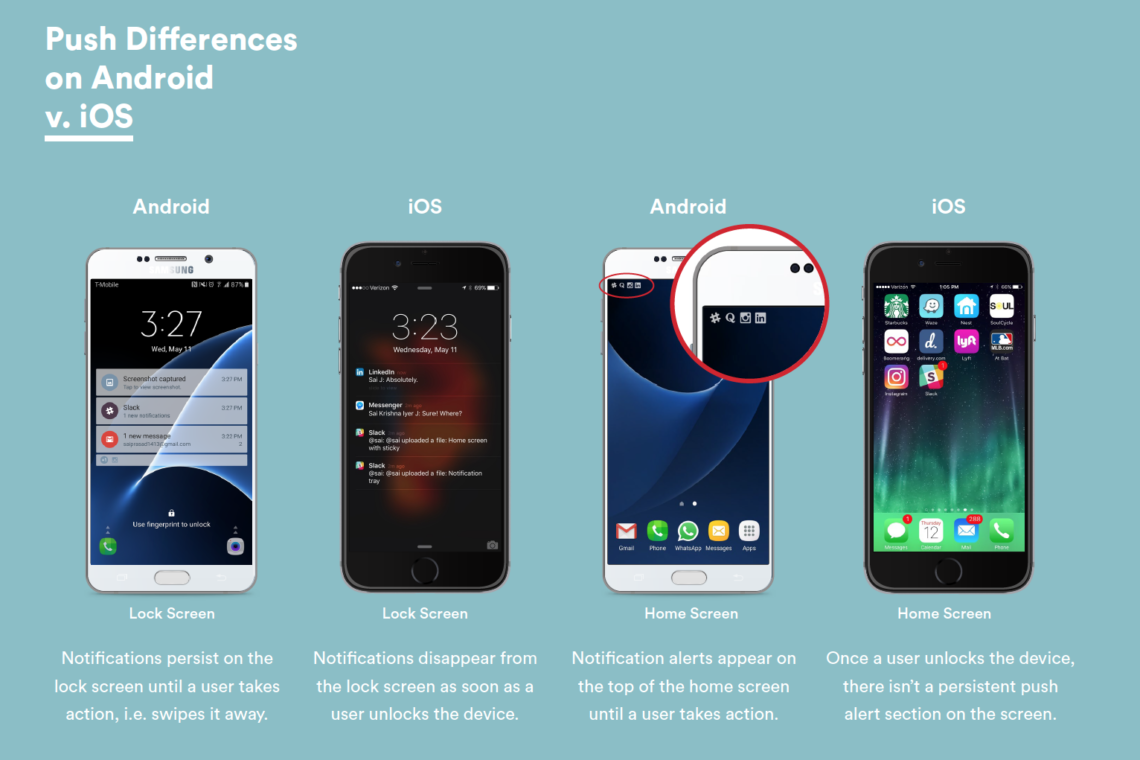 After years of rapid advancement, notifications have reached a stage of maturity and widespread availability where they are the main method for apps to communicate time-sensitive information to their users. There are numerous benefits over SMS, including a larger platform availability through mobile apps and web browsers, richer information, better deliverability, more interactivity, and greater user control. It won’t be long before app-to-user SMS is completely obsolete.

However, despite being more dependable than SMS, notifications are not always accurate. The issue arises from gadget manufacturers’ ignorance of how heavily users rely on notifications in their day-to-day activities.

Many device manufacturers have tinkered with the Android operating system in an ill-advised attempt to improve battery life (or simply the appearance of it in benchmarks), which interferes with quick notification delivery. The manufacturers and models that are impacted that we have observed at Mok.one are listed below, along with the procedures users need to follow to resolve the issue:

Stop meddling with notifications, manufacturers.
It’s a disturbing trend for the general Android user experience that so many new Android handsets have a subpar out-of-the-box experience. Google searches for “notification issues” turn up “how to” articles with millions of views on how to fix the issue, forum posts with scores of comments, and seemingly endless numbers of perplexed and angry users who are experiencing delayed or undelivered notifications on one of the aforementioned devices.

Despite the obvious harm to the user experience, manufacturers currently seem unwilling to give up the race to produce the best battery benchmark. Worst of all, most users don’t realise there is an issue until they have missed something crucial because the implications of these changes are neither well understood by consumers or properly explained by manufacturers.

Here are some instances of possible notifications that, if users don’t follow the instructions to correct them on one of the impacted devices, may arrive late or not at all:

Event changes – If a user RSVP’d to an event and the venue changes while they’re on the way, they might not be informed and end up in the wrong area.

Important emails may not be received if a user relies on notifications for email responses, leading them to believe they are still waiting for a response. The email client’s background updating features will also be impacted.

Live event updates: Users that follow live events, such as sporting events, want to see such happenings as they happen, not after a delay of more than 15 minutes.

Security & house – If a home security camera detects something and users are unaware of it, they may be unable to take prompt action, such as asking a neighbour to check on their home.

Friends’ messages – Users of WhatsApp, Facebook Messenger, or other messaging apps could be unaware that they have a message waiting for them. Notification dots and badges for Android 7 that are accessible in various launchers might also not be displayed.

Users worry so much about receiving notifications from others, as demonstrated by Google’s research team, that they keep their gadgets near to hand to make sure they don’t miss out on anything crucial. To assist consumers more easily read critical messages like this, Google even went as far as radically redesigning notification usability in the future Android O operating system. Manufacturers are essentially ignoring the results of this study and the primary reason why many users purchase cellphones by de-prioritizing alerts.

We hope this tutorial will help users and developers understand why this occurs and how to fix the issue until Android device makers cease making modifications to Android OS that interfere with notifications.

Mok.one will continuing doing its utmost to ensure that every notification developers submit is delivered as quickly and reliably as possible in the meantime and will continue to provide developers with the feedback they require to monitor this trend.